Mondrón is a small, typical Andalucian village found in the mountain ridges to the north east of Malaga, 610 meters above sea level. It is located about 60 km from Malaga and 30 km from the coastal city of Torre del Mar. The village is surrounded by a dramatic mountain scenery and has a new urbanization zone built with free-standing modern villas. The nearest town is Periana, which is a 2,5 km drive from Mondrón on the road to the Riogordo. On the mountain sides and the fields around Mondrón you will find olive groves, citrus plantations and date orchards. Despite being a small village, Mondrón has a suprising amount of comforts, including two supermarkets and a handful of excellent bars and restaurants.

The main source of revenues are the crops around the village, which are typical for this region.

The olive oil “extra virgen” produced in the region is among the best in Andalucia. In the small cooperative of San José Artesano of Mondrón you can visit the olive oil presses and discover the quality of this delicacy.

The ideal destination to relax, lay back and enjoy the beauty of Andalucia. 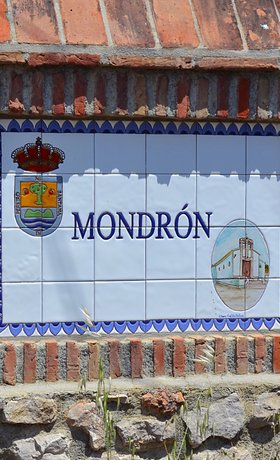 The Axarquia is a region in the South of Spain located between Rincon de la Victoria until just slightly beyond Nerja, in the province of Málaga. It is a very beautiful region with the mildest climate in Europe. It is rich in beautiful nature areas and white mountain villages.

Axarquia, east of Malaga, with its sub-tropical temperatures is known for the best climate in Europe. The Axarquia comarca (district) is bordered by the Mediterranean to the south and mountains, which shelter the area, to the north. Covering 1,021 square kilometres of territory within the eastern extreme of Andalucia's Province of Malaga, Axarquia stretches from the eastern side of Malaga to the east of Nerja and inland to Alfarnate.

Axarquia is an Arab name meaning "The East". This area, to the east of Malaga City, is much less developed than the west. The Axarquia retains all the charm of yesteryear thanks to unspoilt havens and attractive coves and beaches where bathers can flee the crowds to be found to the west of Malaga. Whilst becoming better known, the area still offers an ideal location for those in search of greater tranquillity. The Axarquia is one of the few areas to still feature beaches that have managed to escape the all-consuming urban development that has invaded other parts of the Mediterranean coast.

Until a few years ago when rural tourism took off, Axarquia was one of Andalucia's forgotten areas. Major attractions are the spectacular unspoilt countryside and coastal villages. The hill and mountain scenery are ablaze with flowers and blossom from January onwards. Shepherds lead their goats and sheep through hills and valleys, eagles soar the skies and pretty, unspoiled white villages abound, each having a version of local sweet wine made from sun-dried grapes.

Axarquia is riven with deep valleys lined with terraces and irrigation channels that go back to the time of Muslim occupation. Almost all the villages that dot the olive, almond and vine-planted hillsides are of Arab origin and the influence is seen in the layout of the narrow, winding streets lined with white-washed houses reflecting the sunlight. There are also many lush tropical river valleys with orange and lemon groves, eucalyptus, avocado, banana, kiwi, chirimoya and mango trees. Wild herbs and lavendar grow everywhere and further up the foothills and mountain slopes there are pine, oak and carob trees.

The natural sub-tropical climate for the latitude is of hot summers, mild winters and little or no rainfall either side of the long summer season. This is further influenced by surrounding geographical features. Huge mountains to the north and east provide a barrier from cold north winds and the 50 kilometres of coastline maintain mild temperatures in winter. 3,000 hours of sunshine are enjoyed each year, an average of 8.3 hours per day. Despite the warm climate, from November to May skiing is enjoyed in the Sierra Nevada, less than two hours drive away. There is also a wide choice of golf courses and other sports available year round.

Archaeological remains from Phoenecian, Carthaginian, Roman and Arab eras dot the countryside and coastline, whilst artifacts dating from 30,000BC to the Bronze Age can be seen in underground caves notably at Nerja and Rincon de la Victoria.

The total population of Axarquia is about 125,000 with 85,000 living in coastal municipalities and 40,000 inland. Velez-Malaga has the largest population with 55,000 inhabitants, whilst the smallest are Macharaviaya and Salares each with 400 inhabitants.

Axarquia is a land of contrast where high mountains look down upon the beautiful beaches of the Costa del Sol. The highest of the mountains, in the northeast of the area, is La Maroma which reaches an altitude of 2,080 metres and is snow-capped in the winter in contrast to sunbathers on the beaches below. There are many undeveloped villages and towns in the inland regions and some remain on the coast. Mules are still used as a means of transport and bullocks can be seen ploughing the fields. At the same time the larger coastal resorts provide a nightlife until the sun rises and all facilities the visitor or resident might desire. It is a land of gaiety, colour, fiestas and natural produce from the sea and land providing a healthy, fun and economic lifestyle.

Near the coast and the fashionable Marbella.